Lawyers NYC can help those arrested due to mistaken identity

Lawyers NYC took notice when they heard about the case of mistaken identity made by Denver police. A few years ago in Denver, a black man named Bradley Braxton was arrested in that city. He was allegedly arrested for an outstanding warrant for sexual assault. The only issue with this arrest is that the man originally wanted for the assault was described as a white man, bearing no resemblance to Mr. Braxton. The man wanted for the assault was David Eddy, not Mr. Braxton as officers allegedly believed.

Despite Mr. Braxton’s repeated statements about his innocence, he was booked on the charges and spent 9 days in jail as a result. It was only after the Denver police  realized their mistake that Mr. Braxton was released. Lawyers NYC undoubtedly saw the inherent transgression of justice and would likely take a stand to defend people who have been wrongfully accused.

According to CNN reports, this case is “part of a continuing federal lawsuit filed by the American Civil Liberties Union of Colorado against the city and county of Denver over what the group claims is a pattern of law enforcement officers’ taking the wrong person into custody.”  These mistakes are something that the lawyers NYC, and those located in Colorado, are refusing to stand for. According to the report, and a detailed legal brief released by the courts, in a 7 year span, there were more than 500 cases in which Denver authorities, armed with warrants, arrested or jailed the wrong person.

The lawsuit offers details of hundreds of mistaken arrests in the Denver Metro Area. “In one case, the Denver police mistakenly arrested a man on three different occasions who had a name similar to the actual suspect’s,” the CNN report said. The man was mistakenly arrested on a fourth occasion and detained for eight days until the police were, again, made aware of their error. Denver residents are not standing for this incompetence. They trust law enforcement officials to uphold the law and to catch the bad guy, not to mistakenly arrest hundreds of innocent people in their attempts, while the real criminals remain free.

Lawyers NYC, and other attorneys all over the US believe in upholding the civil liberties and rights of the people, and they are angry about this shocking pattern. They agree that the people who have been mistakenly arrested may be entitled to compensation in one form or another.

In the words of one Denver police officer, “there is no excuse” for this behavior. These officers should be held accountable for their mistakes, and action should be taken to ensure that these injustices do not go unnoticed, or unpunished. The people of Denver want answers and the legal professionals in the area are making sure that they get them. 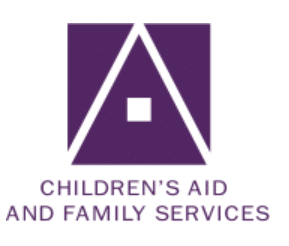