Father Attempts To Put Blame On Daughter After Fatal Crash 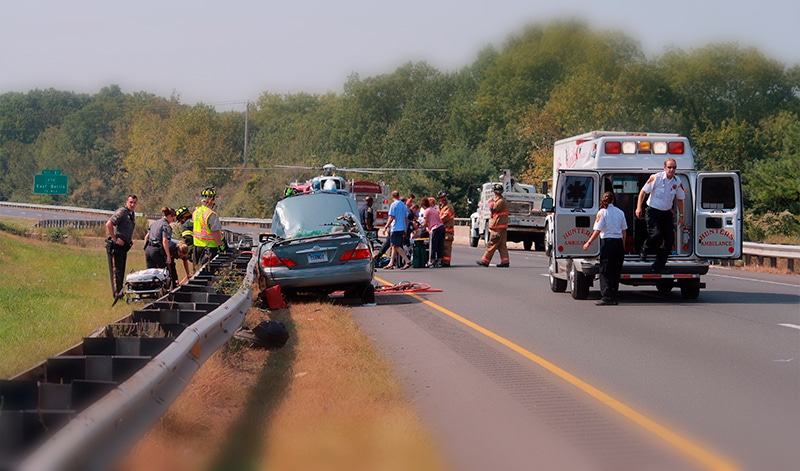 A father in New York let his unlicensed 15-year-old drive his vehicle to go and buy him some food – then attempted to place blame on her when she cause a deadly crash, local media reported.

Michael Ware, 53, allegedly falsely told police that he had no idea his teenaged daughter Julia used his vehicle during a trip to the Poconos Mountains over the Labor Day weekend.

In fact, Ware knew she was driving his SUV, because it was he who handed her the car keys and even asked her to bring him back  sandwich from a barbecue restaurant, the Bucks County Courier Times reported.

As the unlicensed teen returned with the food, she lost control of the 2001 Chevy Suburban on a rural Pennsylvania road, killing three of her friends — Cullen Keffer, Shamus Digney and Ryan Lesher, all 15, the New York Post reported.

Ryan Keim, 15, who survived the crash, told authorities that Julia was “flying” and that he and his friends told her to “slow down” before the vehicle flipped over.

When Mr. Ware showed up to the scene, he told police Julia and her friends took the car without his permission. She went along with her father’s story, the Post report said.

“I was driving too fast, arrest me,” the teen said, according to police sources.

“She then put her hands out in front of her as if waiting to be handcuffed,” an official wrote.

The truth only emerged when another survivor of the wreck, Rebecca Kelly, 15, came forward and told police her friend’s father was lying, reports said.

She said Ware gave Julia the okay to drive – and even walked the group to the car before handing his daughter the keys and asking her to bring him back the sandwich.

Police found the sandwich inside the car, but did not at first realize it would become a key piece of evidence, according to the Post article.

Mr. Ware was arraigned Wednesday in Pennsylvania on charges including involuntary manslaughter, endangering the welfare of children, making false reports and allowing an unauthorized person to drive his vehicle. He is out on $100,000 bail.

Father Attempts To Put Blame On Daughter After Fatal Crash